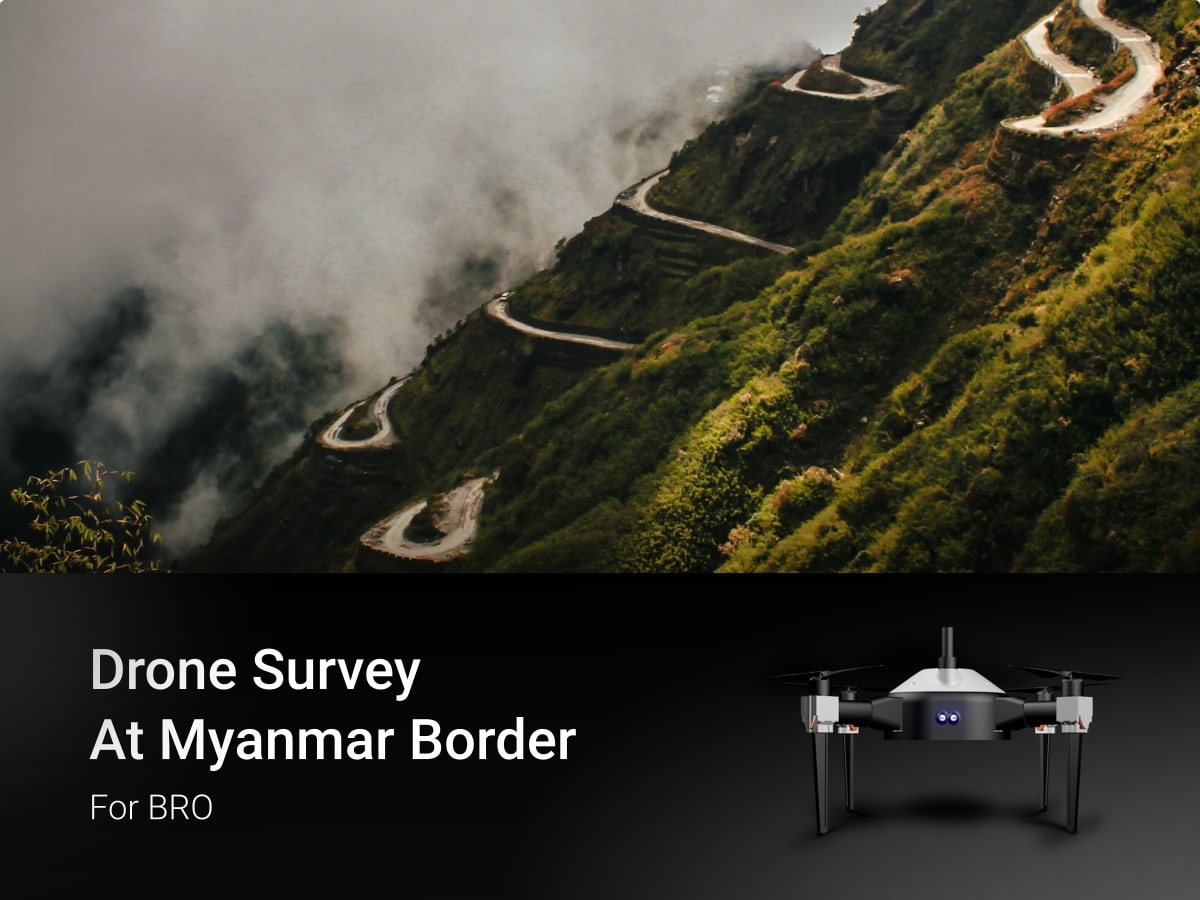 Recently, IG Drones got an opportunity to conduct drone surveys in 3 major roadways near the Myanmar border; Chakpikarong to Khongtal, Chakpikarong to Joupi & Saibol Joupi to L.Bongjoi, for The Border Roads Organisation. Let's have a look at the services we aim to provide and learn how drones have changed the scenario of civil engineering & surveying.

The last decade has observed a rising demand for drones in the field of civil engineering, especially for inspection purposes. In fact, in its recent circular, NHAI mandated the use of drones to ensure uniformity in the process of construction, operation and maintenance for all National Highway projects. Now, even the national bodies such as BRO along with the local governments in several states have started adopting the use of drones for conducting road inspections.

Unmanned Aerial Vehicles, more popularly known as Drones are well equipped with high-resolution cameras, GIS Photogrammetry, 3D mapping, NTPT, long flight duration and several other advanced technologies. This makes them capable of capturing wide views of inaccessible and otherwise difficult and tough to navigate locations. The time taken is quite minimal and the cost is much less as compared to the amount invested in the case of manual labour, with almost zero hazards. Drones are like eyes that can reach and hover over a specific site. The overhead perspective along with a 360 degrees panoramic view in a real time scenario helps the team analyse the situation and requirements in a clearer, hence better manner.

Once the drones capture the image or shot the video, the clips and maps can be shared directly with the personnel on site. The 3D maps generated are detailed, well defined, textured and structured allowing the investigating team to further observe, analyse, hold discussions and come out with an effective plan to carry out repairs, if required.