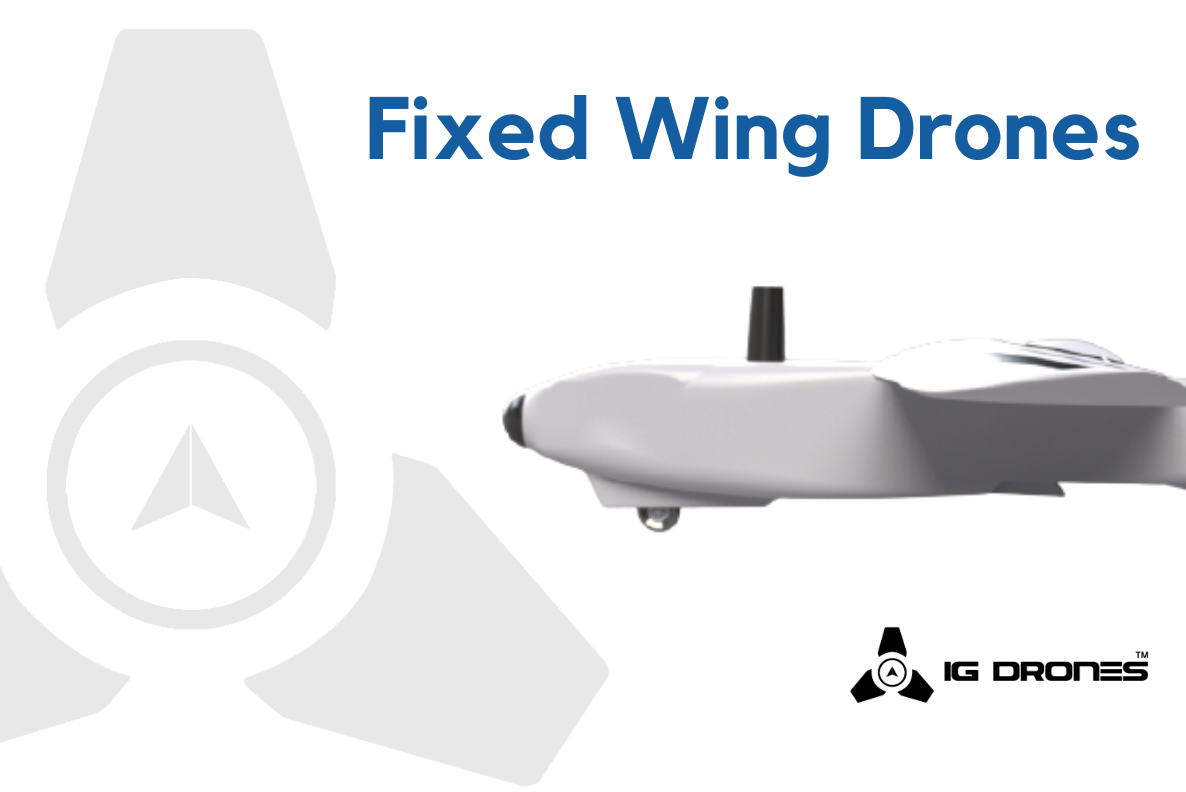 What is a fixed-wing drone?

The past decade has witnessed a massive shift in the field of unmanned Aerial Vehicle (UAV). Their use started expanding from narrow military usage to a wide commercial platform where it served as an ideal method to monitor, inspect, gathering imagery and location data with high speed and versatility.

The history of UAVs started with Mutirotors and kept evolving till it was able to satisfy the requirements of the industry.

Multirotors, though they seemed quite promising initially, failed to match up to the expectations in larger projects such as inspection in large mining sites, road & railway projects, forest management, smart city planning, etc. Such projects demanded an upgraded device that could avoid certain inconveniences such as frequent battery swaps and time consumption. Drone developers anticipated this, that’s how the FIXED WING DRONES came into the picture.

A Fixed-wing UAV (Unmanned Aerial Vehicle), otherwise referred to as a fixed wing UAS, Fixed is an aircraft that operates without a human pilot onboard. They are controlled either remotely by a human operator or autonomously via onboard computers.

- Similar to a passenger aircraft, a fixed-wing drone relies on its long tilted wings to create a lift effect while cruising

- Unlike multirotor, these UAVs do not need a lot of batteries to stay aloft

As compared to a multirotor constantly sucks loads of power from the battery to spin its propellers enough to generate lift, the fixed-wing drone only requires the energy needed to propel it forward.

- These UAVs can fly for a much longer duration and can cover a wide range of areas.

- These devices are compact and hand launchable, offering far more coverage than a multirotor in a single flight.

- They do not require any landing gear as they glide down to land straight on their belly.

- Acts as a perfect substitution to the multirotor as they can be relied on for large projects.

- They are highly versatile and can data at a higher resolution and stay below cloud cover while running safer surveys at a fraction of the cost.

The hybrid VTOL technology emerged as an iPhone revolution in the world of drones. By 2017 VTOL began to pick up traction on the market as a solution that offered users the coverage of a fixed-wing drone plus the controlled vertical take-off and landing of a multirotor.

This revolutionary technology discarded all sorts of anomalies present in the existing drone designs and established itself as the best choice for both industry and other commercial purposes.

To start with, the operators no longer had to search for massive, soft areas to belly land the delicate device or live under constant fear of it crashing into huge shrubs and trees. The VTOL fixed-wing can touch down in a smaller area, and some can even rise up and lower down around high tree stands. Additionally, the payload quality is no longer limited to 20 MP since the passive lift of fixed-wing flights can keep heavier cameras in the air longer. This means the data can be gathered at much higher accuracy and better resolution in a time-efficient, cost-effective way.