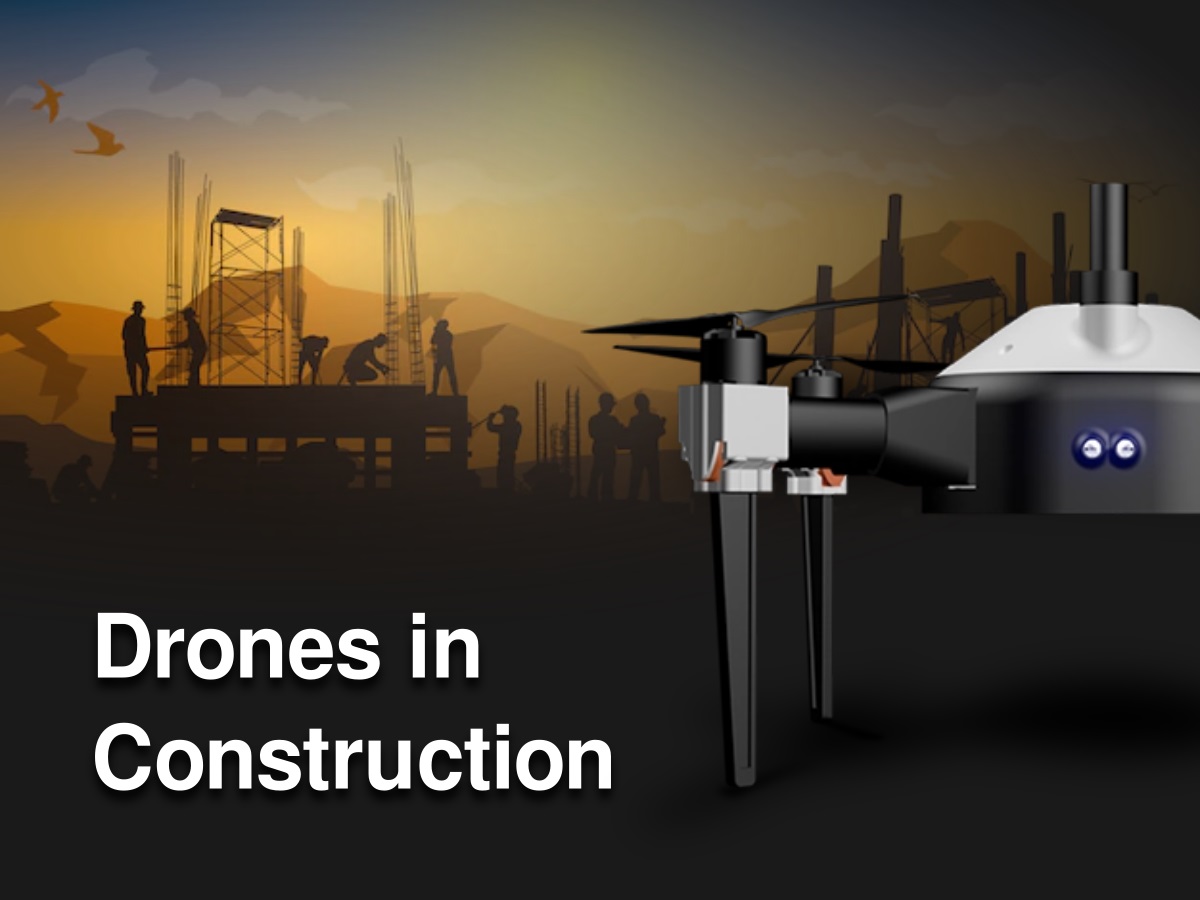 “Any sufficiently advanced technology is equivalent to magic”

Since their adoption by civil and commercial groups in 2016, the use of drones in the construction industry has increased significantly. Drones have now become a valuable asset to construction and engineering firms looking forward to streamline their operations, increasing employee safety, monitor the progress regularly even in tough to access areas.

But what’s so revolutionary about the drone technology that makes it capable of transforming the construction process? Let's understand.

The primary step of any construction includes pre construction surveys and inspection of the proposed land. The technically sound drones with their high resolution cameras and photogrammetry can analyze the conditions in the specific areas and generate 2D Models, 3D Models of the same. The topographical maps portraying utility lines, drainage slopes, land slopes, etc. allow the project engineers to get an idea about the conditions of the area without even visiting it physically. The drones provide simplified topographic surveys for land management and planning along with detailed models of site topography in a very short span of time outdoing the time consuming conventional survey methods.

Once the project begins, it becomes essential to monitor its progress. Moreover, this stage plays a significant role in controlling the budget of the project. The drones along with a skilled team of drone pilots are always present to keep a look at all dimensions of construction plans while maintaining all the safety standards. Once the data gets collected, in form of aerial videos or high resolution pictures, a detailed report enumerating the developments in the project, highlighting critical information is prepared and shared with the project in charge.

In the words of Peter Diamandis,

Drones help the project inspectors to regularly monitor the onsite stock materials during construction and boost the efficiency of projects financially and saves significant amount of time as well as budget. The detailed data collection from numerous topographic data points for sound and reliable management to carry out the assets management process effectively.

The drones help in collecting comprehensive information on ongoing projects. Equipped with HD cameras, proximity sensors, and thermal cameras, the drones help the project engineers by capturing high quality, detailed images that experts can use to identify anomalies in the construction. Further, integrating drones with drone inspection software in analytics, AI, 3D imaging, and other tools increases their ability to obtain a wide range of information and identify faults.

"About 48,000 workers in India die from work-related accidents, 38 of which occur every day in the construction sector"

The only way to avoid such instances is to encourage the usage of drones. The advanced drones can perform most of the life-threatening jobs much faster, and at the fraction of the costs, as compared to the traditional methods. They eliminate most of the occupational risks and can work under a wide range of weather conditions. Be it a thunderstorm or a cyclone, nothing can stop them from efficiently carrying out the inspection process.

Traditional methods are not only risky for the workers, but also for the general public and users. The construction sites are not always plains or easily accessible areas. It might involve a wide variety of landforms such as rocky mountains, the top of a river, sandy areas, etc. In the case of a bridge, the workers are often suspended from the sides or underneath the bridges to assess the major components. The complexity, risks, and precautions during the inspection depending on the size and design of the bridge. Bigger bridges, over large volumes of water or high-speed rivers, are more dangerous and pose a serious threat to the lives of the workers, especially if it’s a busy road or bridge.

In some cases, inspection of areas used publicly may require a complete shutdown of services for a few hours to minimize interruptions and risks to the users. Often such events lead to greater inconvenience. However, with a drone, this may not be necessary as workers do not have to physically access the components that require inspection. This eliminates the need to work in risky places hence minimizing the associated safety risks.